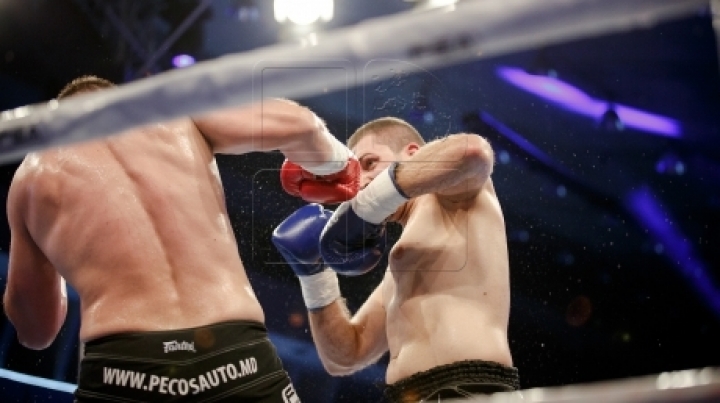 Stanislav Renita is ready for a new challenge in his career. Moldovan fighter gala will duel with experienced dutch fighter, Tommy Dieckmann at KOK gala in Chisinau.

Renita, who in June became the first Moldovan participant at the prestigious World Grand Prix tournament in Tokyo, says he has no fear of the opponent and wants to achieve victory at any cost.

"I'm in good shape. What can I say about my adversary? He is the same height as me. He is an experienced fighter, but I do not watch this. I will fight and I hope that victory will be mine" , said KOK fighter, Stanislav Renita.

"We are confident that Stanislav will show a nice fight. The opponent is experienced, and has won over 100 fights and comes from Glory circuit" , said Lion club president, Octavian Orheianu.

"Tommy Dieckmann is a very experienced fighter, even more experienced than Renita. But only through struggle, self-confidence and skill increases. It's going to be hard for Stanislav, but we all hope that he will prove he's the champion in KOK" , said FEA President, Dorin Damir.

The duel between Renita and Dieckmann is one of eight KOK gala scheduled to be held on 1st of October at the Polyvalent Hall in Chisinau. The most anticipated fights of the pyramid are the 95 kg category in which four athletes will fight for the title.

Moldova will be represented by Alexander Burduja.

Tickets for the event can be purchased at the great houses of the Opera and Ballet "Maria Biesu". The cheapest ticket costs 180 lei.