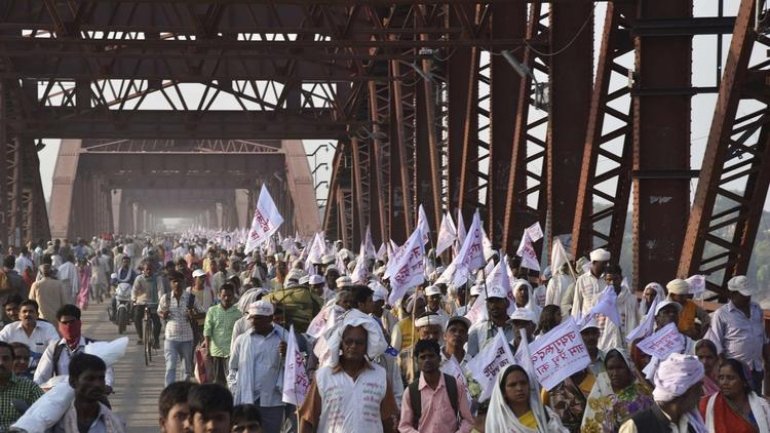 At least 24 people have been killed and 20 others injured in a stampede on a crowded bridge to reach a Hindu religious ceremony in northern India on Saturday, reports The Guardian.

The stampede took place on the outskirts of Varanasi, a city in Uttar Pradesh state known for its temples. Organizers were expecting 3,000 devotees at the ceremony, but more than 70,000 thronged the ashram of a local Hindu leader on the banks of the Ganges River, said police officer SK Bhagat.

The stampede happened as police started turning back people from the overcrowded bridge, the Press Trust of India news agency cited Bahadur as saying. That triggered a rumor among the devotees that the bridge had collapsed, and they started running for safety, he said.

Nineteen people were killed on the spot and five others succumbed to their injuries at a hospital, said police officer Daljit Chaudhary. Four of the 20 injured people were still in serious condition at the hospital, he said.

In October 2013, a stampede in Madhya Pradesh state in central India killed more than 110 people, mostly women and children.

In July last year at least 27 people were killed and dozens injured in a stampede during a Hindu religious bathing festival, on a river bank in southern Indian state of Andhra Pradesh state