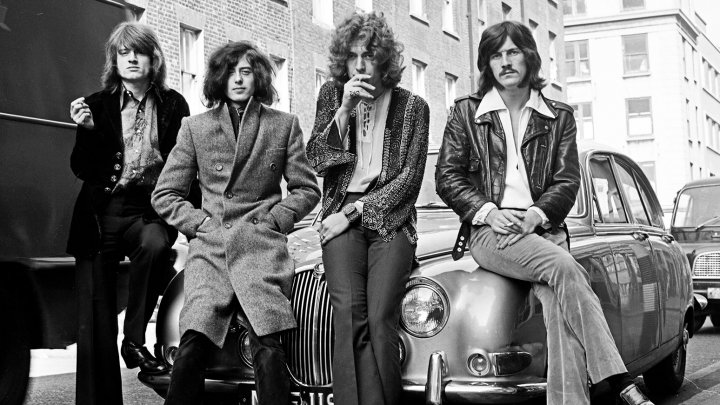 The first ever official documentary film about Led Zeppelin has been announced, to celebrate the band’s 50th anniversary.

Announcing the project, bassist John Paul Jones said: “The time was right for us to tell our own story for the first time in our own words, and I think that this film will really bring that story to life.”

Currently in post-production, the as yet untitled film is directed by British film-maker Bernard MacMahon. He made his debut in 2017 with American Epic, a four-part documentary exploring roots music across the US, including folk, blues and Native American songwriting.

“When I saw everything Bernard had done visually and sonically on the remarkable achievement that is American Epic, I knew he would be qualified to tell our story,” Led Zeppelin guitarist Jimmy Page said in a statement, with frontman Robert Plant adding: “Seeing Will Shade, and so many other important early American musicians, brought to life on the big screen in American Epic inspired me to contribute to a very interesting and exciting story.”

Rather than attempt to tell the entire history of the group, MacMahon will focus on their development and rise to fame, as the three members each left session work and existing bands to come together in 1968, along with late drummer John Bonham. The film will chart their career until 1970, as the second album, released the previous year featuring the hit track Whole Lotta Love, cements them as the dominant rock band of the era.

That means some of the most famous parts of their story – their biggest hit, Stairway to Heaven; the debauched rock’n’roll excess of their imperial phase; the death of Bonham in 1980, their immediate dissolution and one-off return in 2007 – will not be covered.

The film is based around new interviews with the three surviving band members, “no outside voices or conjecture”, and hitherto unseen archive footage and photographs. A release date has not yet been announced.

From a terrible event came a force for hope, for change, and the first printed edition of The Guardian newspaper.

In 1819, tens of thousands of people gathered peacefully in St Peter’s Field in Manchester, England to demand parliamentary reform and an end to inequality and poverty. The local authorities reacted with violence, ordering the cavalry to charge the crowd. Many protesters lost their lives, and the day became known as the Peterloo massacre. In direct response to this, the Manchester Guardian was launched in April 1821, with its first edition pledging a determination to report the truth, argue for reform, and give voice to the oppressed.

198 years later, technological advancements have altered how Guardian journalism is experienced -- but our values and our editorial mission remain the same. Unlike many other news organisations, we have chosen an approach that allows us to keep our journalism accessible to all, regardless of where our readers live or what they can afford. We are editorially independent, so our journalism is free from commercial bias and not influenced by billionaire owners, politicians or shareholders.

Between now and our 200th birthday, we’re striving to reach the ambitious milestone of two million supporters. This will give us greater security and enable our journalism to thrive for years to come. Every contribution we receive from readers like you, big or small, goes directly into funding our journalism.