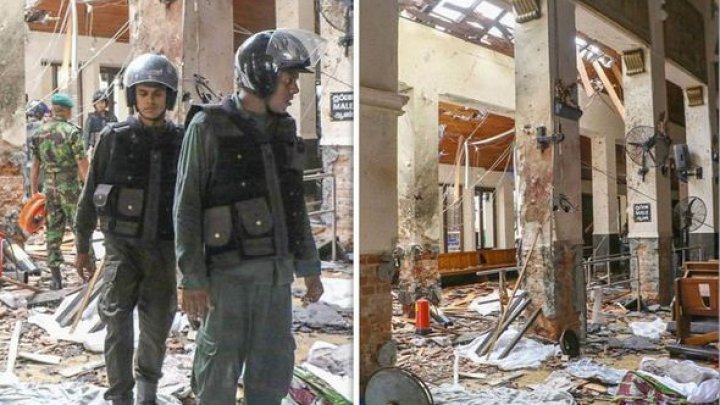 A day after hotels and churches were targeted in bombings in Sri Lanka a broader picture is emerging of the massive and well-coordinated attack. Although the government had not named suspects by Monday morning, the Sri Lanka Cabinet spokesman Rajitha Senaratne intimated that the attackers received “help of an international network, writes jpost.com.

”The death toll climbed to 290 on Monday, making this one of the world’s worst terrorist attacks in history.  For Sri Lanka it will be come like the Mumbai attacks were to India, 9/11 for the US or Christchurch for New Zealand. Although many have referenced the fact that Sri Lanka endured years of terrorism and war against separatists, this style of massive attack in the capital is very different. The choice of targets, a mix of luxury hotels and churches on Easter, points to a very clear strategy that we have seen before in mass terror attacks. It speaks of planning and coordination.

On Monday details emerge that point to seven suicide bombers as the perpetrators. April 23 has been declared as a day of national mourning. In Sri Lanka media and local journalists have been trying to sort through the various rumors and bits of misinformation that have spread. For instance there is still remaining controversy over whether an alleged warning on April 4 was correctly distributed or if security was heightened. The news about the April 4 warning, including claims it came via a foreign intelligence service, have led to accusations that the country’s leaders and security chiefs failed to act. A local “jihadist group” was named in that warning and in subsequent social media groups, but so far the government has remained tight lipped on assigning any blame. The lack of information is feeds rumors as local media reports that up to 24 people have been arrested.

Photos of alleged perpetrators have also circulated online. One includes an extremist preacher, another allegedly shows a “suicide bomber” waiting in a hotel buffet line. The suicide bombers are said to be locals. A curfew imposed on Sunday was lifted in the morning, but may be back in affect at nightfall.

The struggle now for Prime Minister Ranil Wickremesinghe will be to assure the nation that the security forces have regained control and that the government can and will track down the perpetrators. Lessons will be learned from other countries that have faced similar mass attacks. This includes working with foreign intelligence agencies to track any assistance that may have come from abroad and to piece together how such a complex and massive attack was carried out without reports of its planning leaking out.

If, as many reports indicate, the April 4 warning really did point to the group that ended up being responsible, then there will be many demands for answers at home. But if that turns out to be rumors, then the government’s decision to try too shut down social media in the wake of the attack, will also be shown to be prudent.