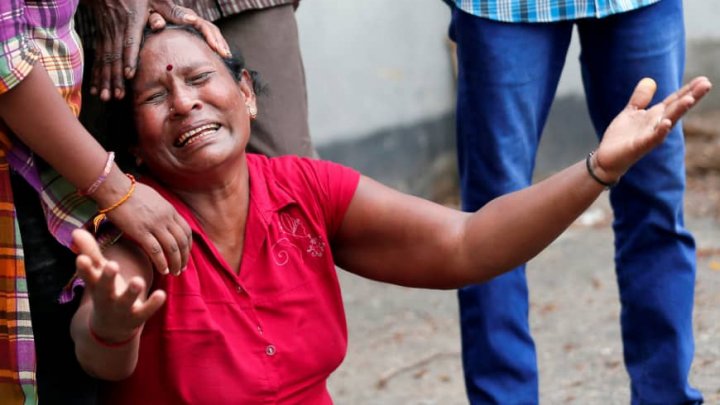 A series of nine bombings in Sri Lanka targeted Christian churches and hotels in three cities. The death toll has risen to at least 290 people and wounded more than 500 others on Easter Sunday, according to officials. Defense Minister Ruwan Wijewardene described the coordinated blasts as a terrorist attack by religious extremists, writes CBS.

Japan is confirming one of its citizens was killed in the Easter Sunday bombings in Sri Lanka and at least four were wounded. Foreign Minister Taro Kono offered his condolences to all the victims of the attacks and expressed Japan's commitment in "combating terrorism" and solidarity with Sri Lanka.

The Eiffel Tower's Twitter page announced it would turn off its lights "to pay tribute to the victims of the Sri Lanka attacks."

The suicide bombings that killed over 200 people on Sunday have brought back horrifying memories of the violence that plagued Sri Lanka during its brutal civil war that lasted from 1983 to 2009. Faraz Shauketaly, a TV broadcaster at News First and an editor at The Ceylon Independent, spoke with CBSN about the Sri Lanka Civil War and its connection to Sunday's attack.

"In Sri Lanka the ethnic conflict began approximately 40 years ago and finished approximately 10 years ago," Shauketaly told CBSN on Sunday. "It lasted about 30 years and it was mainly by a group of terrorists who claimed to want independence in the northern part of Sri Lanka, which is a tiny island, maximum 240 miles long by about 140 miles wide."

May 18, 2019, will mark the 10-year anniversary since the end of the nation's civil war. It was fought between the Sri Lanka government and its Sinhala Buddhist majority and the Tamil Tigers minority ethnic group.

Sri Lanka is a religiously diverse country of about 20 million people. It contains Buddhists, Hindus, Muslims and Christians.

"This attack today, targeting the churches and also the luxury hotels in our city, in the capital, is absolutely horrendous and caught the people of Sri Lanka completely unaware," he added. "We have enjoyed relative peace for the last 10 years so it came as a complete shock."