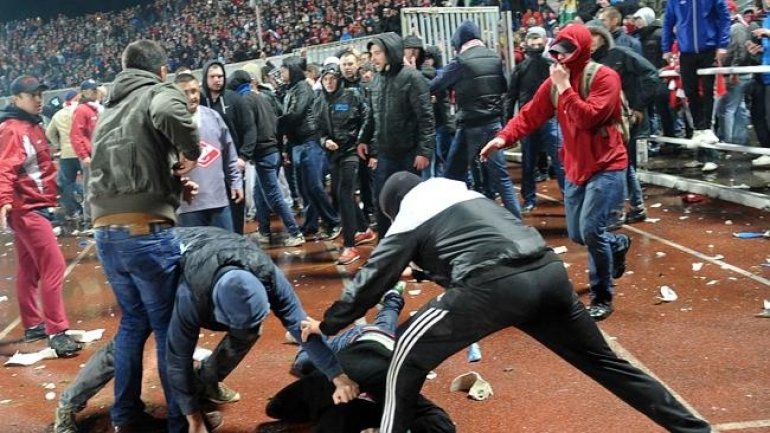 Inappropriate behavior of fans in stadiums or sports halls, could be sanctioned. The Youth and Sports Ministry has prepared a draft amendment to the Administrative Code, which proposes fines for viewers of sports competitions.

According to the project, the fans with an inappropriate behaviour will receive fines between 200 and 400 lei or community work up to 40 hours.

Usually such incidents occur at football matches. Often, opposing teams fans create chaos in the stands and even take the beatings.

Such a case took place in late October last year, at the Petrocub Hincesti and Zimbru Chisinau match.

The violence began after a Zimbru player assaulted a ball boy.