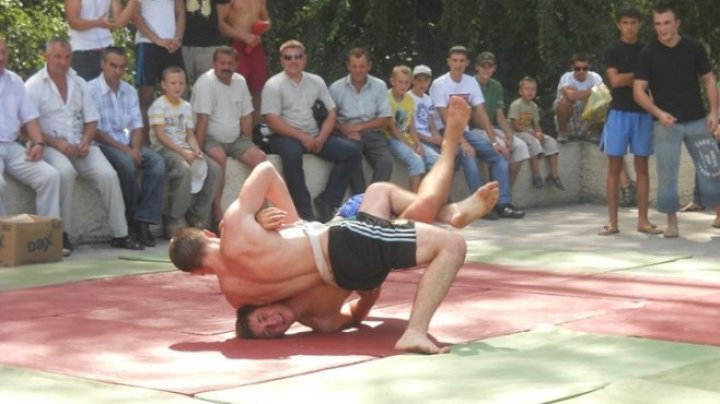 Sport fans had a meeting in the last weekend at a festival in Burlacu village, Cahul district. Over 100 participants from different districts of the country proved their football, volley, chess, basket and fighting skills. The best of them were awarded with degrees and trophies.

Each team made efforts to win. The best sportsmen were the football players from the village that hosted the event.

"We won this tour and we are also the winners of the district's cup".

Mircea Bragagiu from Cahul was the best fighter. He managed to win everyone and was awarded with a ram. The athlete said that he will share his award with all the fighters.

"It's not my first time, I had similar experiences in this domain because I always trained myself and tried to listen to my coach's advises"

In the volley gym persisted also a very tense excitement.

The participants were supported by relatives and friends.

"-My son is a football player. -Came here to support him? -Yes, he is a good athlete".

"We are not from this village, but we came here to gain experience from the neighbors".

"I competed in my young years. -Which sport? -Running".

Among the audience was also a PDM's deputy, Elena Bacalu.

"I am happy for my village is hosting the event. Also excited to see so many young people taking part".

The organizers say that through this event they're trying to promote sport activities among young people.

"Our main purpose is to make sports a tradition of our village".