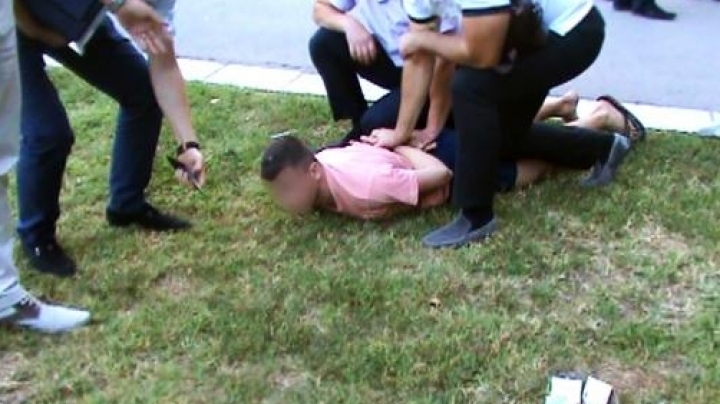 Three men, one of which was posing as policeman, have been detained by the officers of the Anti-corruption and Internal Protection Service of Ministry of Internal Affairs and the prosecutors from the Prosecutor’s Office for the combating of organized crime and special causes. They were suspected of blackmail.

The three have taken 500 euro from a woman, accused by them of seducing an underage boy for sexual purposes. In exchange for money, the fake policeman and their accomplices were promising to not denounce her, so that the blackmailed will not be punished.

After the special investigations measures and penal search actions, SPIA officers and prosecutors from the Prosecutor’s Office for the combating of organized crime and special causes caught one of the suspects red-handed while he was receiving the 500 euro asked from the victim.

Afterwards was found and detained the second suspect, a 30-year-old man, him having an accomplice status in the respective group.

Also, yesterday morning the main suspect was detained, a 31-year-old man who was the head of the group.

All three suspects were heard, and for two of them was applied the measure of preventive arrest and were placed in jail for 72 hours.

On this case, a penal cause was started by the Penal Investigation Section of MIA. For this kind of felony, the Penal Code of Moldova foresees a sentence of up to 7 years in jail and a fine of 1,000 conventional units.

The lead of the penal investigations is carried by the Prosecutor’s Office for combating the organized crime and special causes.