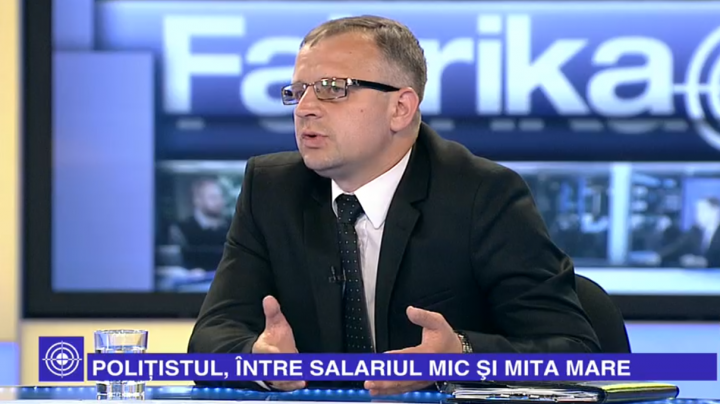 "Small salaries are not an excuse for policemen who are implied in corruption acts" This is the opinion of the chief of Anti-corruption and Internal Protection Service, Vitalie Moisei, guest of the show Fabrika.

Also, Vitalie Moisei has declared that, in spite of small salaries received by policemen, there are people who are fulfilling their duties with dignity and responsibility.

According to Moisei, the most difficult part in the reforming process of the police is changing the mentality and especially convincing people that they have to tell immediately about the corruption acts.

PULBIKA.MD reminds that, recently, two employees of the Anti-corruption and Internal Protection Service of MAI have been arrested for 30 days. This decision was emitted by the Buiucani law court. The suspects are accused of bribery.

According to investigators, MAI employees have offered to close a penal case, in exchange of money and objects of value in total amount of five thousand euro.

At the same time, within other penal cases on drug dealing,other two employees of Anti-corruption and Internal Protection Service of MAI have been detained.