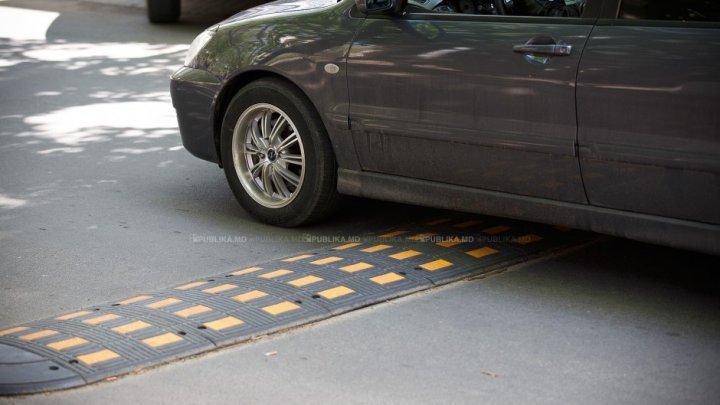 Road speed limiters will be installed in Chisinau and several public arteries will be repaired, announces the transport managers of City Hall.

Municipal police say over 180 road accidents were recorded in Chisinau since the beginning of the year. And 25% of the accidents occurred at night.

One of the most dangerous streets is the Muncesti road.

"We will light the streets, especially Muncesti street where there were 4 road accidents killing 3 persons and injuring 11 persons. All accidents happened at night", said the deputy head of the Police Department Of Chisinau Municipality, Silviu Muşuc.

Head of the transport department, Vitalie Butucel, says the workers are renovating public lighting on this road.

The street lighting will be renovated on 10 other streets in the Capital, including: Calea Moşilor, Calea Ieşilor, Moscow Boulevard and Kiev street.

15 million lei was allocated from municipal budget for these reasons. Meanwhile, the head of the Municipal Enterprise Ex Drupo stated that road markings and speed limiters will be installed in mid-March.

"We will apply the markings once the weather becomes favorable", said Exdrupo chief Marcel Zastancean.

The interim mayor of Chisinau also suggested for road markings.

"I hope this time the markings will not be washed away in rainy days", said interim mayor of Chisinau, Ruslan Codreanu.

Moreover, tree cleaning on Chisinau will be started.

Codreanu suggested that the staff leave the comfortable office chairs and go to the field with the subordinates.

"You are with people in the service", said interim mayor of Capital, Ruslan Codreanu.