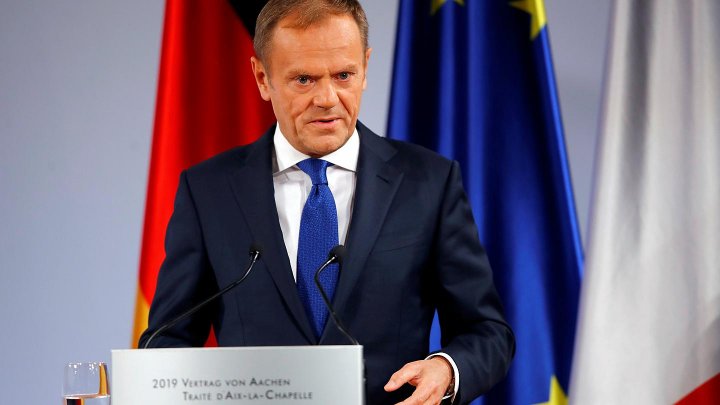 Donald Tusk has courted controversy by saying there is a "special place in hell for those who promoted Brexit without a plan", writes Euronews.

He was speaking at a news conference in Brussels following a meeting with Irish Prime Minister Leo Varadkar.

Tusk, president of the European Council, made the comment as British Prime Minister Theresa May struggles to get her Brexit deal through parliament.

The comments point to a breakdown in relations between London and Brussels with just weeks together before the UK is set to leave the EU, with or without agreeing on a deal.

Tusk reiterated his remark on Twitter, instantly sparking thousands of reactions from both backers and critics.

One of them came from Brexit campaigner Nigel Farage. "After Brexit we will be free of unelected, arrogant bullies like you and run our own country," Farage said of Tusk. "Sounds more like heaven to me."

After Brexit we will be free of unelected, arrogant bullies like you and run our own country.

I've been wondering what that special place in hell looks like, for those who promoted #Brexit, without even a sketch of a plan how to carry it out safely.