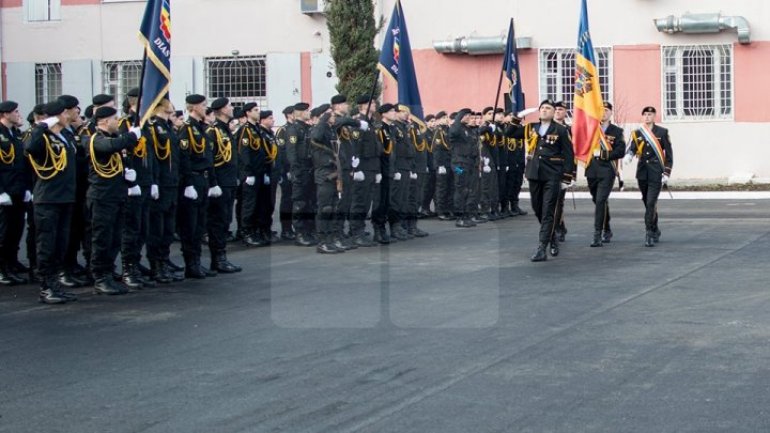 Special Forces Battalion Fulger celebrated its 26th anniversary, by displaying their skills with firearms and movement used to take down dangerous criminals.

Their actions were carefully watched by their relatives, as well as the subdivision's veterans.

52-year-old Veteran, Roman Atcaci, from Romaneşti village, Străşeni, has worked for 20 years within this institution. During the displays, the feeling of nostalgia and pride filled the man. His 29-year-old son has decided to follow his footsteps.

"Since I was small I loved the uniform, the firearms and everything tied to "Fulger"", officer of Special Forces Battalion “Fulger”, said the son of Roman Atcaci.

The female officers who intervene in high-risk operations say they can face those challenges thanks to intense training.

The brigade commander and the Ministry of Internal Affairs appreciated their professionalism.

"I certainly want to tell you that their ability to fight is excellent," said Minister of Internal Affairs, Alexandru Jizdan.

"By everything you've made, you contribute to a new image of the police, gradually gaining people trust and the respect of the national and international institutions", stated Premier Pavel Filip.

In the end, Pavel Philip offered diplomas to the best current and former employees. The Fulger special police brigade was created in 1991 following a Government decision.