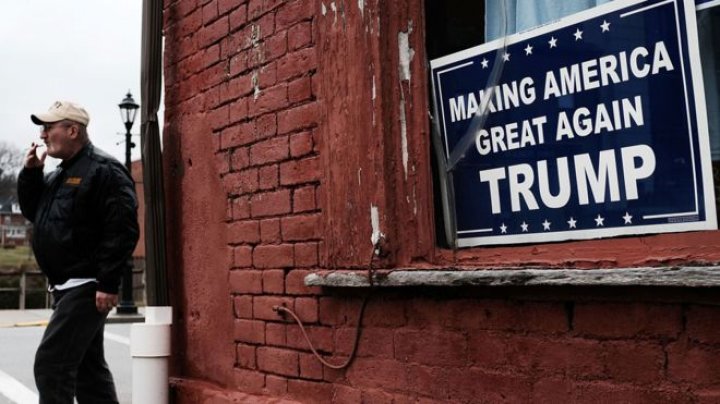 A special congressional election in Pennsylvania has given President Donald Trump a bloody nose and offers some key lessons for both parties.

The final results aren't in yet - Democrat Conor Lamb clings to a lead of around 500 votes out of more than 200,000, with a few thousand absentee ballots left to count.

But the massive swing against the Republicans - Trump won here with ease in 2016 - means we can learn plenty.

Both parties are closely watching the results to glean any insight into the mood of the electorate with the November mid-terms looming.

The party that holds the White House usually suffers at the ballot box, particularly if the incumbent president is unpopular.

Only two times in modern recent history has this not been the case - 2002, just a year after the September 11 terrorist attacks, and 1998, when congressional Republicans were in the midst of their drive to impeach President Bill Clinton.

It's looking increasingly like, despite a growing economy and relative calm overseas, Democrats are going to have a very, very good autumn.

Whatever the outcome of the Pennsylvania race, the simple fact that it was close is stunning. This was a congressional district drawn by state Republicans in 2011 to be a safe seat for their party. Donald Trump won there by nearly 20 points in the 2016 presidential election. In 2014 and 2016 Democrats didn't even field anyone.

According to the political website FiveThirtyEight.com, the Pennsylvania results fit with a Trump-era trend of Democratic candidates outperforming the partisan "lean" in their races by an average of 17 points.

If you're a Republican, that is very concerning news.

The skinny version: There are more than a hundred Republican-held congressional districts across the country that have a narrower margin than 17. If seats that look like this one in Pennsylvania are toss-ups in November, it's going to be a bloodbath.

The president campaigned for Republican Rick Saccone twice, including just a few days before the election, but if it helped at all, it didn't help enough.

This was a district where the president is favourably viewed. As in the Alabama Senate special election last December, however, he wasn't able to pull his chosen candidate across the finish line.

Mr Trump, in fact, wasn't much of a topic of discussion in this race. Mr Lamb largely avoided direct criticism of the president, instead focusing on local issues and, in particular, the economy.

Where Mr Trump may have had an influence in this race was in motivating Democrats to head to the polls. In Democratic areas of the district, closer to the suburbs of Pittsburgh, turnout was significantly up - and that, in the end, was a key reason why this race was close.