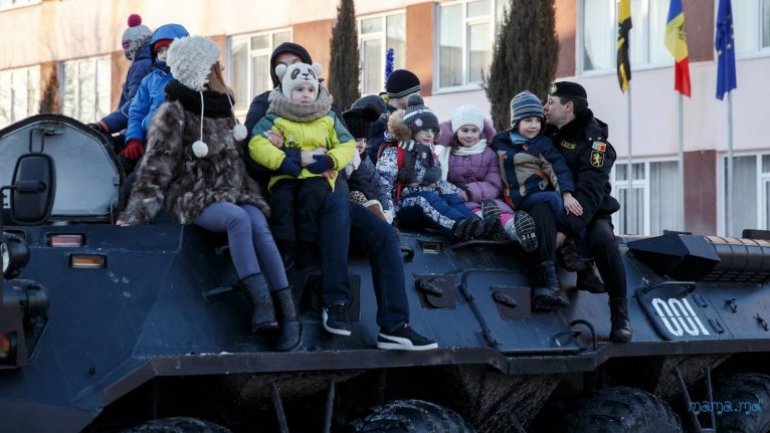 A special activity for children has been organized by the Special Brigade "Fulger" along with the National Inspectorate Patrol.

A trip has been organized for the children, in order for them to get to know the secrets of the police officers from the brigade.

Children have been informed about the exercises, the training and fighting elements. Also, an exhibition of weapons has been organized.

Children also attended a volleyball match, played between teams of employees of the Brigade.

Finally, visitors have admired the small Glory Museum, where they played and have let candles to the fallen heroes of the Dniester War in 1992.

Such activities aim to increase the transparency of Police, and strengthen the partnership and dialogue with civil society.