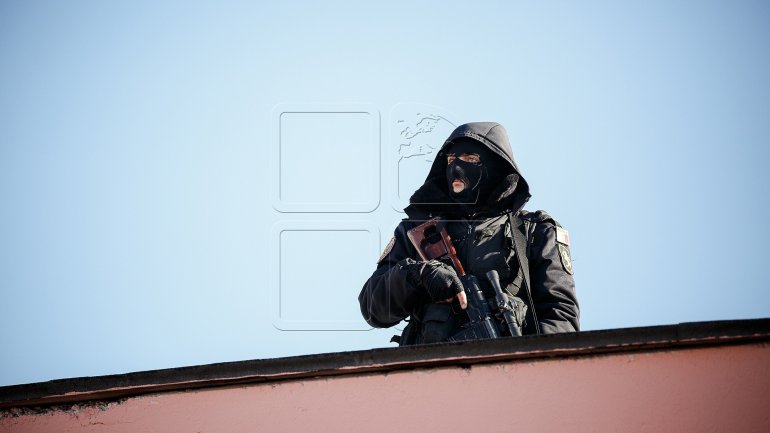 Traditionally, on this occasion, the police have demonstrated their capacity to intervene in large applications.

Prime Minister Pavel Filip has attended the event along with the Minister of Internal Affairs, Alexandru Jizdan and the head of the General Police Inspectorate, Alexandru Pinzari.

Police officers and special forces are trained on how to release the hostages.

"The Special Brigade "Fulger" remains an elite unit of our police with the best and most fearless fellows. We are proud of them and we are grateful for everything they do" , said Prime Minister Pavel Filip.

The Special Brigade "Fulger" is on the front line of crime battle and protecting peace and rule of law throughout the country. Partnerships created with the consent and authorization management of IGP and continues to undergo brigade to constant changes and a real modernization" , said the Minister of Internal Affairs, Alexandru Jizdan.

The Special Brigade "Fulger" was created in 1991 and is known as one of the best prepared subdivisions in fight against terrorism and criminal groups.