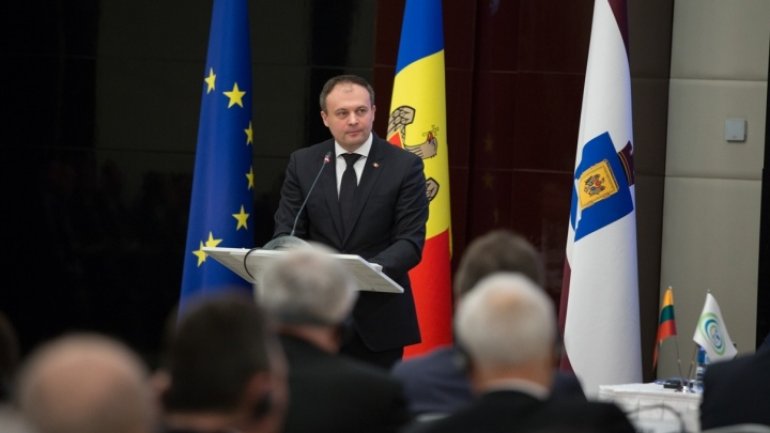 Moldovan Speaker Andrian Candu has stated that although the authorities still have to work to make Moldova a state of law, with a judiciary meeting expectations, this must happen with the joint efforts of all the branches of the state power, as the role of the Constitutional Court (C.C.) is overwhelming.

"The independence of the Constitutional Court must be protected from any political intervention, and the attitude towards its decisions must be respectful and proportional with the level of political maturity of the government and society," Andrian Candu said.

"The role of the C.C. has lately been defining in settling political and legal conflicts among authorities. By passing the decision on the constitutionality of the Association Agreement with the E.U., the C.C. underlined Moldova’s European integration is a defining element for the constitutional identity and any contrary orientation is a priori unconstitutional," Andrian Candu underscored.

He has remarked that insuring the European values Moldova committed to by inking the Association Deal is a fundamental moment for the Constitutional case-law. Thus, the acts of the Constitutional Court mirror the direction of the development of society.

The official has made the statements at an international conference in Chisinau on the development of the constitutional control in Europe, also attended by the chairman of the Venice Commission, Gianni Buquicchio.