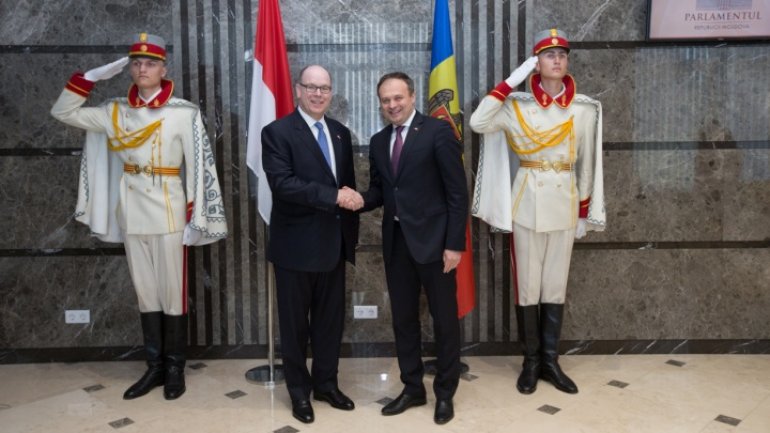 "It’s an honor to have Prince of Monaco as a guest in the Parliament and it’s a first step towards new cooperation projects, including within the Business Forum," Andrian Candu said.

He welcomed the signature of the frame-accord between the two governments.

Prince Albert greeted the ratification of the Paris Agreement by the Moldovan Parliament, which enables applying for international funds to undertake steps leading to the decrease of global warming.

It’s the first top level visit after the two countries established diplomatic relations in 2011. Albert al II of Monaco is to get the title Doctor Honoris Causa from the Moldova State University.