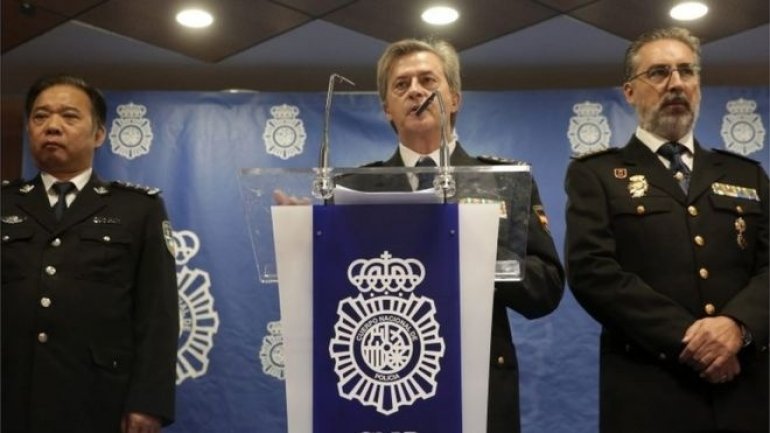 The group is alleged to have convinced Chinese families to deposit money in bank accounts by pretending to be police officers.

Authorities said 13 call centres were discovered and dismantled in Madrid, Barcelona and Alicante.

The gang is alleged to have used bases in Spain to contact people in China by telephone. Pretending to be friends or family, they would warn their victims of various scams.

The calls would later be followed up by members of the same gang impersonating police officers and claiming to be investigating the scams.

Victims would then be encouraged to help the authorities with their inquiries by depositing money in a number of bank accounts.

Spanish police said in a statement that up to 50 individuals worked "in great secrecy" at the call centres.

The suspects detained are mostly Chinese nationals who arrived in Spain as tourists and then remained in the country.

China said it was seeking the extradition of all of its citizens connected with the investigation.