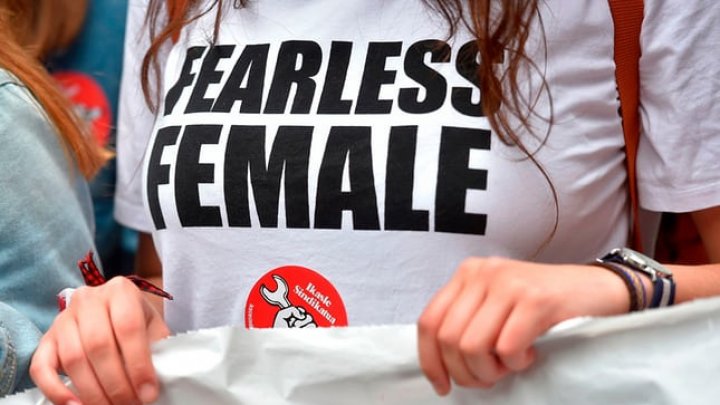 The Spanish newspaper El País has appointed its first gender correspondent after lobbying from its female journalists, and in recognition of the fact that society is undergoing a “profound change” after the #MeToo movement and recent large-scale women’s rights protests across the country, writes The Guardian.

The paper, which was founded 42 years ago as Spain began its transition to democracy following the death of Franco, said greater attention had to be paid to “the new role women have in society”.

It added: “This isn’t just about writing more stories about women; it’s about including more women in the stories.”

At the end of April, demonstrations were held across the country after five men accused of the gang-rape of a teenager during the running of the bulls festival in Pamplona were found guilty of the lesser offence of sexual abuse.

The trial, known as the Wolfpack case after the nickname the group gave itself, shocked Spain and led the government to announce a review of sexual offences legislation.

“The huge turnout in Spain on 8 March, the protests over the Wolfpack sentence and the earthquake of reports of sexual abuse we’ve seen through #MeToo – which has given rise to the #TellIt (#Cuéntalo) movement in Spanish – all give an idea of where feminism is in the 21st century,” El País said.

The paper added its commitment to gender issues would be evident across all its sections and would inform its international coverage, particularly in Latin America.

Pilar Álvarez, who will be the paper’s first gender correspondent, said the move was intended to yield “more in-depth and ambitious coverage of what’s going on with women”.

She added: “It’s not just about women; the word gender also covers men and we’re very much looking at what’s going on with men and how men are changing.”

Álvarez said one of the main tasks would be investigating what comes after #MeToo and the recent protests in Spain. “They’ve been followed by a lot of agitation and noise and we’re going to do what journalists do: separate the noise from the facts,” she added.

“We’re also going to keep a lookout so we can balance out the presence of men and women in the news.”

The announcement follows similar initiatives elsewhere. In October last year, the New York Times appointed a gender editor while the Washington Post has advertised for a gender columnist.