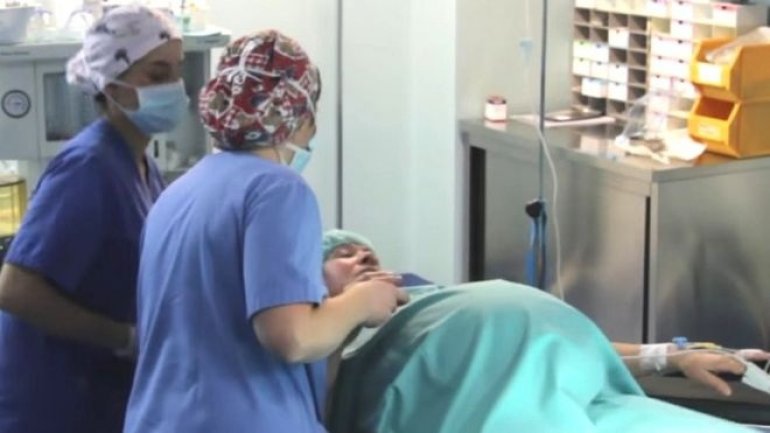 A 64-year-old woman has successfully given birth to healthy twins - a boy and a girl - in Burgos, northern Spain, BBC reports.

The Recoletas Hospital delivered the twins by Caesarean section, the usual method in such rare cases.

The unnamed woman had undergone fertility treatment in the US, Spanish media report. The hospital has posted a video clip of the Caesarean delivery.

In 2012 the woman gave birth to a girl, who was later taken into care by social services, amid welfare concerns.

Social workers said the girl was being brought up isolated, poorly clothed and with bad personal hygiene, the Spanish daily El Pais reported.

No decision has been taken yet about the mother's twins. They and the mother are reported to be in good health in hospital. The boy weighs 2.4kg (5.3 pounds) and the girl 2.2kg (4.8 pounds).