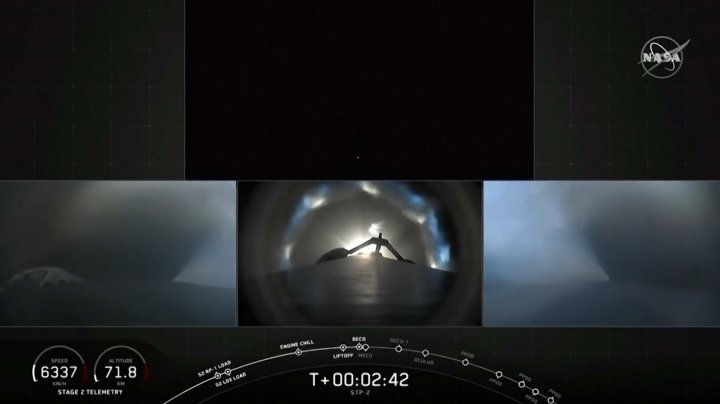 The powerful rocket is carrying an assortment of cargo to orbit, including a solar sail, an atomic clock and the ashes of 152 people. The world’s most powerful operating rocket took flight again early on Tuesday morning, reports The New York Times.

SpaceX's Falcon Heavy blasted off from Kennedy Space Center in Florida at 2:30 AM. Eastern time, its powerful boosters lighting up the Space Coast with fiery trails, and later creating loud sonic booms as two of its flaming launch vehicles touched down successfully on landing pads at Cape Canaveral Air Force Station.

It was the third trip for Falcon Heavy. The first test launch occurred in 2018 and the second in April when it carried a Saudi telecommunications satellite to orbit. This time it’s carrying 24 satellites for the Defense Department and other customers, and Mr. Musk called it SpaceX's 'most difficult launch ever'. A successful mission could lead to additional business from the United States government for Falcon Heavy.

One of SpaceX's major selling points for those who need to go to space — including the United States military, NASA and private companies — is the cost-effectiveness of the company’s reusable rockets. SpaceX has landed and used many of its rockets again, including the two side boosters of this Falcon Heavy, which came back from space in April. This was the first time the Defense Department has allowed its hardware to be launched aboard a previously used rocket.

The booster attempted to land on a drone ship, called Of Course I Still Love, off the Florida coast in the Atlantic Ocean. But live video from the ship showed the vehicle missing its target and making an explosive landing in water.

It was the second time that a Falcon Heavy's center booster failed to make its landing — the touchdown was successful in April. SpaceX had warned that this particular return would be even more challenging because of the speed at which the booster approached the floating platform. While the company did not land all three boosters, it said that many of the satellites it carried to space were deployed to their orbits. Those deployments were expected to continue for a few hours into Tuesday morning as the spacecraft adjusted its course.
AFLĂ imediat Știrile Publika.MD. Intră pe Telegram