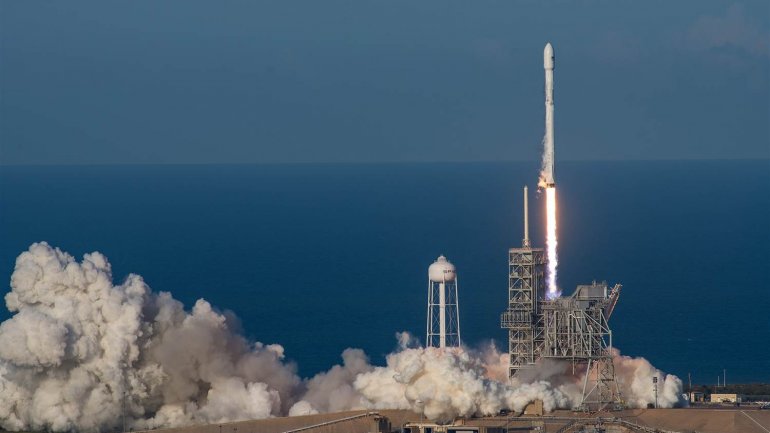 SpaceX has successfully launched a Falcon 9 to orbit during its BulgariaSat-1 mission Friday. The launch reused a first stage booster first employed during an Iridium Communications mission in January of this year, after that Falcon 9 first stage was recovered and refurbished, according to Techcrunch.

The mission on Friday was to delivery Bulgaria’s first ever geostationary communications satellite into orbit, so that it could begin operations broadcast communication networks and HDTV signals for clients on Earth in parts of Europe. The satellite was built by SSL out of Palo Alto, California.

The first stage also landed successfully on the company’s drone ship in the Atlantic ocean, “Of course I still love you,” making it the first ever to have successfully landed on both of SpaceX’s two ocean-borne drone landing vessels. That recovery was also the most challenging successful landing so far for SpaceX, because of launch conditions.
AFLĂ imediat Știrile Publika.MD. Intră pe Telegram