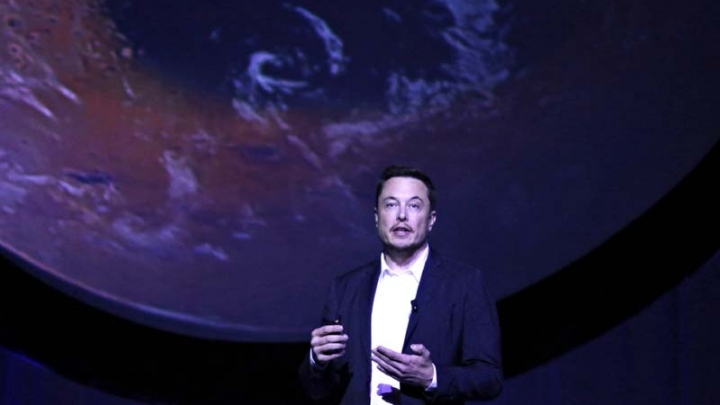 SpaceX founder Elon Musk has outlined his highly ambitious vision for manned missions to Mars, which he said could begin as soon as 2022 – three years sooner than his previous estimates, reports The Guardian.

However, the question of how such extravagantly expensive missions would be funded remains largely in the dark.

“What I really want to try to achieve here is to make Mars seem possible – like it’s something we can achieve in our lifetimes,” Musk told an audience in his keynote speech at the International Astronautical Congress in Guadalajara, Mexico, on Tuesday.

He said there were “two fundamental paths” facing humanity today. “One is that we stay on Earth forever and then there will be an inevitable extinction event,” he said. “The alternative is to become a spacefaring civilization, and a multi-planetary species.”

In order to achieve this goal, Musk outlined a multi-stage launch and transport system, including a reusable booster – like the Falcon 9, which SpaceX has already successfully tested – only much larger. The booster, and the “interplanetary module” on top of it, would be nearly as long as two Boeing 747 aircraft. It could initially carry up to 100 passengers, he said.

The first ship to go to Mars, Musk said, would be named Heart of Gold as a tribute to the ship powered by an “infinite improbability drive” from Douglas Adams’ science fiction novel The Hitchhiker’s Guide to the Galaxy.

Similar modules, also launched using reusable boosters, would remain in Earth’s orbit to refuel the interplanetary craft to be able to use multiple trips, including to other parts of the solar system such as Enceladus, a moon of Saturn on which Nasa’s Cassini mission recently found evidence of a polar subsurface water ocean that could harbor life.

Musk also outlined a system by which fuel could be synthesized on Mars from water and carbon dioxide in order to fuel return journeys to Earth.