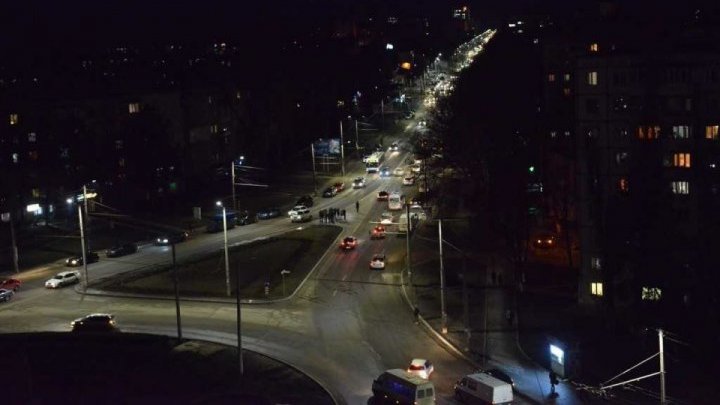 New 170 light bulbs have illuminated over 2 kilometers on the main artery of Chisinau's Buiucani sector.

The municipality spent 1.5 million lei for this project.

"It's bright, we have better bulbs".

The municipality replaced the Soviet bulbs with modern LEDs, considering this will save city's budget.

"It saves 50%. We now spend only over 1 million lei a year but before it was 2.2 million lei. According to the police, increasing road accidents due to lack of light were recorded. I chose this project as priority", said Ruslan Codreanu, interim general mayor of Chisinau.

The project was set off in December 2018. LEDs are now installed on Mircea cel Batran Boulevard, Ion Creangă st. and Valea Trandafirilor Park.

For 2019, 15 million lei were allocated for the illumination of 10 streets, including Bucureşti, Calea Iesilor, Kiev, Moscow and Kiev.