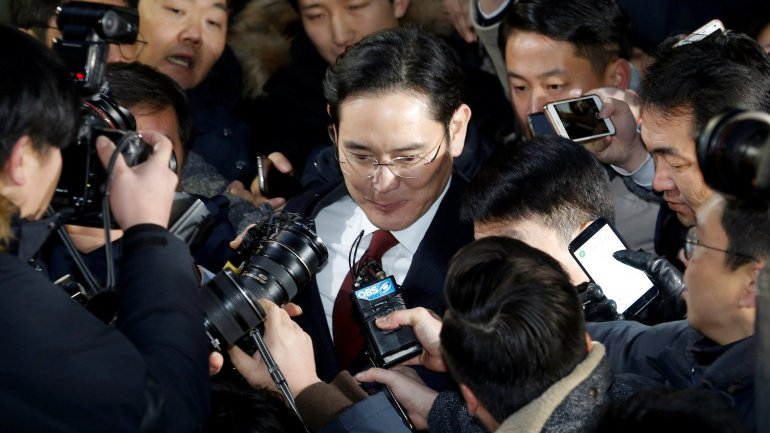 The case is linked to a scandal that led to the impeachment of the country's President Park Geung-hye.

Samsung is accused of giving donations to non-profit foundations operated by Choi Soon-sil, a friend of Ms Park, in exchange for government favours.

The firm said the issuing of the arrest warrant was "hard to understand".

Seoul Central District Court must now decide whether to go ahead and issue the warrant.

If this happened, Mr Lee would be the first executive to be arrested in connection to the scandal.

He is currently vice-chairman of Samsung Electronics, but since his father, Lee Kun-hee, suffered a heart attack in 2014, he is considered de facto boss of the entire Samsung Group conglomerate.

Mr Lee, also known as Jay Y Lee, was questioned as a suspect for more than 20 hours at the prosecutor's office in Seoul last week.

Charges the department wants to bring include: