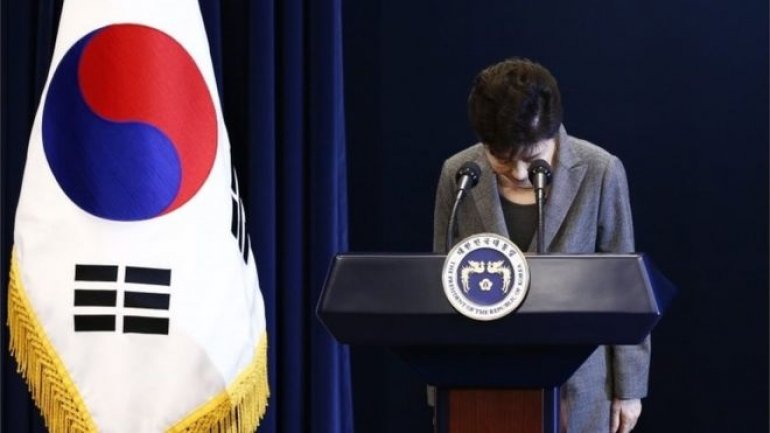 The National Assembly motion passed by 234 votes to 56, meaning some members of Ms Park's ruling Saenuri party voted to impeach her.

She has been embroiled in a political scandal that led thousands of Koreans to take to the streets in recent weeks demanding her removal from power.

At the heart of the crisis is the relationship between Ms Park and her close confidante, Choi Soon-sil, who stands accused of using her connections to gain influence and financial benefits.

Prosecutors say Ms Park had a "considerable" role in the alleged corruption, which she has denied. However, she has repeatedly and publicly apologised for her close ties with Ms Choi - who has no official post.

With public anger mounting and weekly protests drawing hundreds of thousands of people calling for her removal, Ms Park cut an isolated and and embattled figure.

The first female president of South Korea, Ms Park was the daughter of a former military strongman who seized power to become president. He was later assassinated, as was her mother and Ms Park herself has survived a knife attack.

The vote means Ms Park is now suspended from her position, but the decision still needs final approval from the nine-judge constitutional court, which has six months to deliberate.

If it upholds the decision, only then would Ms Park be dismissed. She would then become the first sitting South Korean president to be deposed in the country's democratic era.