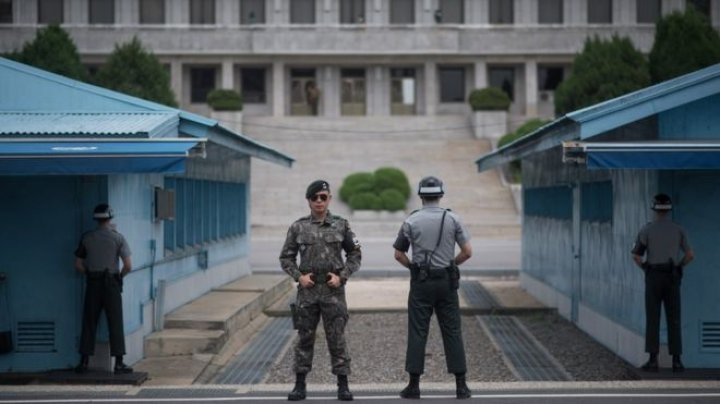 A South Korean delegation is heading to North Korea for rare talks aimed at restarting dialogue between Pyongyang and the US.

The group will focus on establishing conditions for dialogue between the US and Pyongyang, as well as talks aimed at denuclearisation.

It is not known if they will meet North Korean leader Kim Jong-un during the two-day visit.

Relations between the Koreas have warmed following the Olympics.

They were due to set out for North Korea on Monday afternoon.

Mr Chung had earlier told a press briefing he would deliver President Moon Jae-in's "resolution to maintain the dialogue and improvement in relations between the South and the North... and to denuclearize the Korean peninsula".

"I plan to hold in-depth discussions on various ways to continue talks between not only the South and the North, but also the North and the United States," he added.