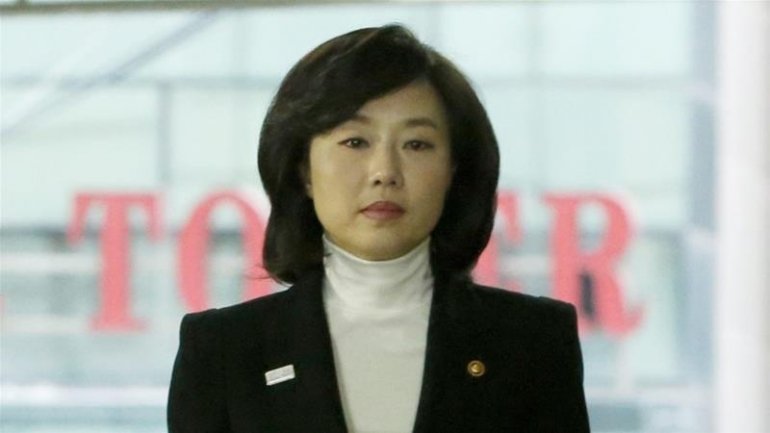 South Korean prosecutors arrested the culture minister on Saturday, on suspicion of abuse of power for drawing up a blacklist of artists, writers and entertainers critical of the country's impeached president, Park Geun-hye.

Cho Yoon-sun became the first sitting minister ever to be arrested, the special prosecutor's team said, before she was taken in for questioning in the afternoon, refusing to speak to reporters.

A corruption scandal, which is still unfolding, led to parliament impeaching Park last month. She could become the first democratically elected leader to be removed from office if the Constitutional Court upholds the impeachment.

Park supporters braved the snow on Saturday to complain about the impeachment, penned in by scores of police whose buses were used as barricades. An anti-Park rally was expected later in the day in what has become a routine weekend event in recent months.

Faced with a spreading political crisis, the government and state entities used the blacklist as "guidelines" to penalize artists and censor content, the special prosecutor's office told reporters last week.

Seoul Central District Court said on Saturday in a text message to reporters that minister Cho was arrested because her crime had been "verified and there were concerns over destruction of evidence".

The special prosecutor's office on Wednesday asked the court to issue warrants to arrest Cho and a former presidential chief of staff on suspicion of abuse of power and perjury.

The former chief of staff, Kim Ki-choon, was also arrested.

The same court on Thursday refused to grant an arrest warrant for the head of Samsung Group, the country's largest conglomerate, on charges of bribery, embezzlement and perjury amid the corruption scandal.