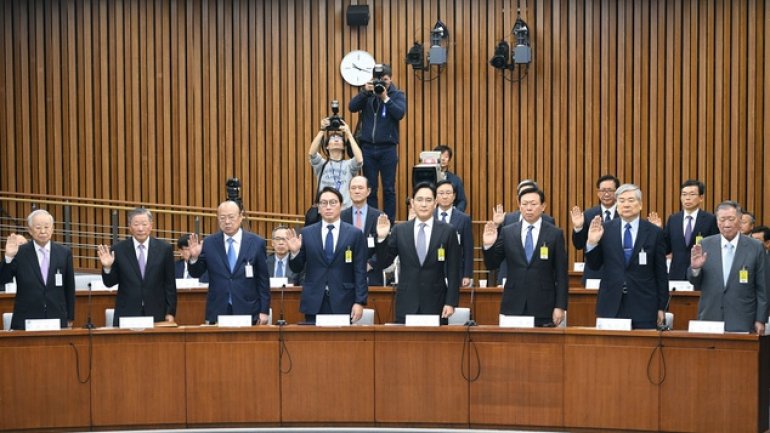 South Korean lawmakers are questioning leaders of the country's biggest businesses in a rare televised hearing as part of a huge corruption inquiry, reports BBC.

Samsung, Hyundai Motor and six other firms face accusations they gave millions of dollars to funds linked to President Park Geun-hye in exchange for favors.

Ms Park faces impeachment proceedings in relation to the scandal.

Massive protests have been held in recent weeks demanding her resignation.

The executives are being questioned by a cross-party committee of lawmakers. The panel has no power to punish but its chairman has said the hearing will be a place for apology.

The conglomerates all gave large donations to non-profit foundations operated by Choi Soon-sil, a close confidante of Ms Park.

Ms Choi has been charged with coercion and attempted fraud.

Prosecutors have alleged that the businesses gave the donations in exchange for political favors and have conducted several raids on them and related government entities.

They have also alleged that Ms Park had a "considerable" role in the scandal, which she has denied.