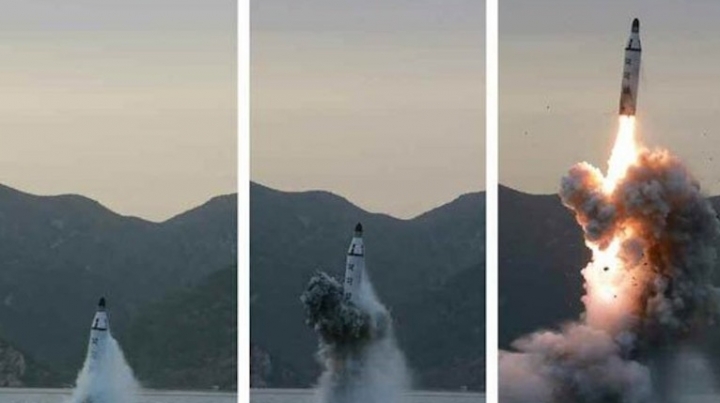 South Korea and the United States will conduct a mock attack on a nuclear facility next month, an official with the South Korean Defense Department told CNN.

Though the official said the drills are not aimed particularly at North Korea, the announcement comes less than two weeks after North Korea claimed to have successfully tested a nuclear warhead - its second nuclear test this year and fifth one ever.

The US and South Korea will also simulate what to do in the event of a sudden missile attack.

North Korea's nuclear test prompted a strong rebuke from the international community, with South Korea saying it was "getting ready for the worst case scenario."

The simulation, dubbed joint exercise "Red Flag," will take place in Alaska from October 3 until October 21.

The weapon system made its debut during NATO's air campaign in the Kosovo conflict and was most recently used in NATO's 2011 Libya campaign, according to the US Air Force.

The US on Wednesday also announced that it conducted its second show of force operation in two weeks in South Korea to send North Korea a message.

It sent two B-1B bombers to fly alongside the Korean demilitarized zone, a source told CNN. The US flew B-1 bombers over Seoul on September 13th in a show of force responding to the recent North Korean nuclear test.

A day after that flyover, North Korea accused the US of "bluffing" and "blustering" with the flyover and said such actions were inflaming tensions on the Korean Peninsula.
AFLĂ imediat Știrile Publika.MD. Intră pe Telegram