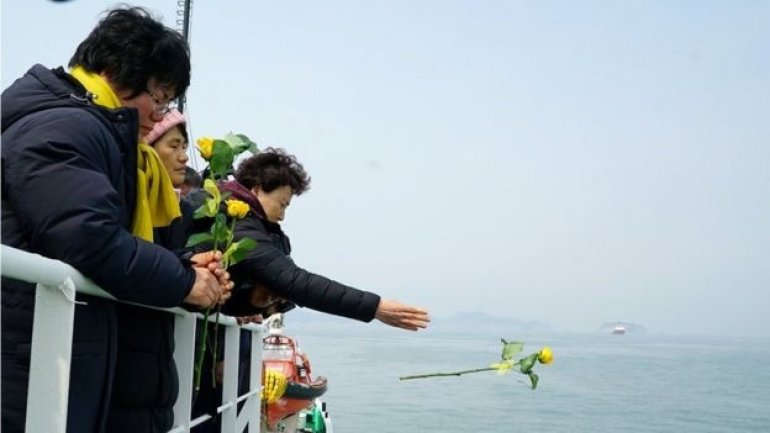 Remains believed to be from one or more of the missing victims of the Sewol ferry disaster have been found, officials say, days after the vessel was raised from the sea floor, BBC reports.

The Sewol sank off Jindo island on 16 April 2014, killing 304 people, almost all of them children.

The bodies of nine people were never found. Relatives have campaigned hard for them to be recovered.

The ship was raised last week and put onto a platform to be towed to port.

A South Korean official said the bones came out of a window of a passenger room during work to drain the ship.

"Six pieces of remains that were found are 4cm to 18cm long," Lee Cheol-jo, an official at the Ministry of Oceans and Fisheries, told a briefing.

It was not yet known whether the remains came from one or several individuals. DNA tests would be performed to identify them, he said.