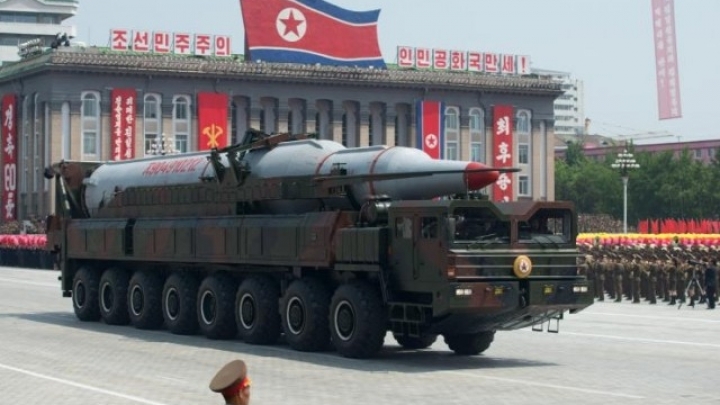 South Korean officials have said North Korea could be ready to conduct another nuclear test at any time, reports BBC.

The North conducted its fifth underground nuclear test on Friday, thought to be its most powerful yet.

A defence ministry spokesman said there was still an unused tunnel at the Punggye-ri test site which could be used for a sixth explosion at any time.

Friday's widely condemned test has ratcheted up tension and led to fierce rhetoric from South Korea.

On Sunday, one South Korean military source told the Yonhap news agency that Pyongyang, North Korea's capital, could be annihilated if it showed any signs of mounting a nuclear attack.

While doubts remain over North Korea's claim that it can now mount nuclear warheads on ballistic rockets - meaning it can carry out a nuclear attack - experts say the recent progress is worrying.

On Monday, Yonhap cited an unnamed government source as saying reports indicated the North had finished preparations for a further test, in previously unused tunnel at the Punggye-ri site deep underneath mountains in the north-east.

"Intelligence authorities in Seoul and Washington are keeping close tabs," the unnamed government official was quoted as saying.

Moon Sang-gyun, a defence ministry spokesperson, later gave a similar statement to reporters. He would not give further details citing security reasons.

The BBC's Stephen Evans in Seoul says it is unlikely to happen immediately, as Pyongyang's scientists will want to study the results of the recent test, but a sixth test could be weeks or months away.

The UN Security Council has already agreed to start drawing up new sanctions against North Korea, something the North called "laughable".

Pyongyang has carried out two nuclear tests this year, as well as several tests of powerful missiles. Both are banned by existing sanctions.

China is North Korea's main ally and trading partner, but has grown increasingly intolerant of its military actions and Kim Jong-un's aggressive rhetoric.

China's support for toughened sanctions is crucial if they are to have any impact.