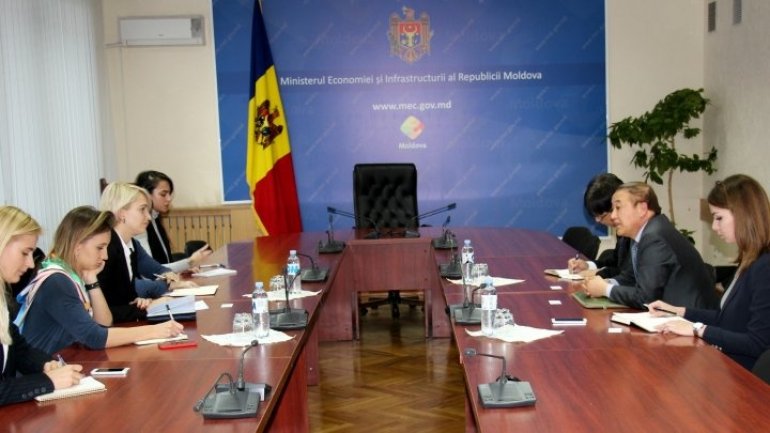 Expansion of Moldovan-Korean trade and economic relations as well as the launch of projects in the fields of intelligent energy, energy efficiency and information technologies were discussed at the meeting of the Ministry of Economy and Infrastructure with Yang Goo LEE, Ambassador of the Republic of Korea to the Republic of Moldova, residing in Kiev.

Also, the Korean Ambassador proposed to set up a Bilateral Business Forum in 2018 to capitalize on the opportunities offered by both states and to facilitate cooperation between economic agents in Moldova and Korea.

At the meeting, Alexandra Popa, head of the International Economic Cooperation Directorate, requested support from the Korea Embassy in the Republic of Moldova to facilitate negotiations on the agreements between two countries regarding economic cooperation, promotion and reciprocal protection of investments,

All documents of the agreement and the Convention are under consideration in the Korean part.

According to the information submitted by the State Registration Chamber, seven Korean-owned enterprises are active in the Republic of Moldova, with investments amounting to 506.6 thousand lei.

The volume of foreign trade between the Republic of Moldova and the Republic of Korea in January - August 2017 increased by 15.53% and amounted to USD 17 million, following the increase in the import of goods from Korea. Export within the mentioned period decreased by 9% and amounted to US $ 235 thousand. Imports of goods registered USD 16.73 million and increased by 16 percent over the similar period of 2016.