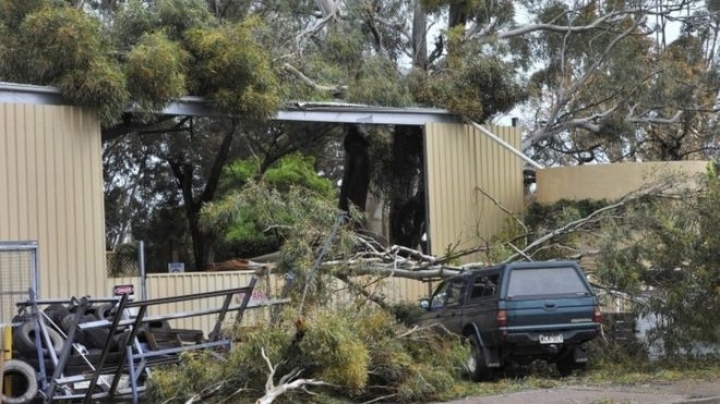 South Australia is enduring a second day of severe weather, after the entire state was left without power overnight.

The state premier said "twin tornadoes" had hit northern areas in "an extreme weather event" on Wednesday. Jay Weatherill compared the storm to Hurricane Sandy which hit New York in 2012.

He said officials in charges of the power grid had told him "any system would not be able to cope with a weather system of this kind".

"We had winds which were so strong that when they hit power lines they created such energy they were tearing the towers out of the ground."

While South Australia's wild weather was widely forecast, no-one could really predict the impact it would have on everyday life.

What has been predictable is that an extreme weather event has very quickly turned into an Australian political storm, with the state's dependency on renewable energy now being debated with the full force and bluster of a tornado.

The Australian Energy Market Operator urged Australians to "take care during this outage and to follow the safety advice and guidelines issued by the South Australian government and emergency services".