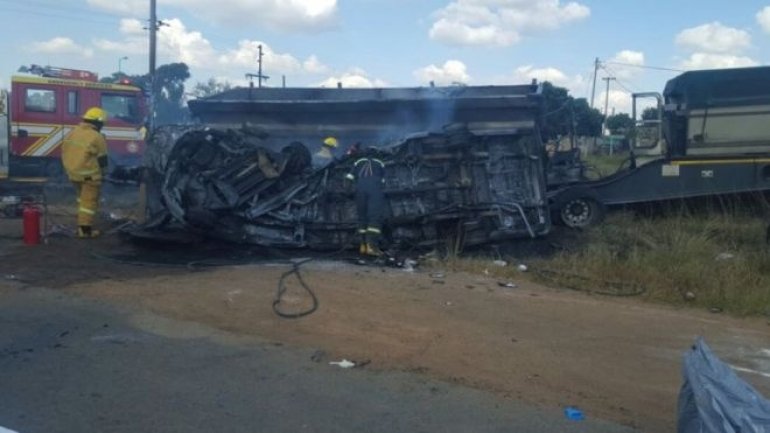 Twenty children have been killed in a minibus crash near the South African capital Pretoria, emergency services have said.

The children died after the vehicle burst into flames following a collision with a truck just north of the capital.

There were understood to be both primary and secondary school-aged children on board, according tot BBC.

Panyaza Lesufi, the official responsible for education in Gauteng province, has said it is a "dark day".

The minibus collided with a truck on the single carriageway R25 in between Verena, Gauteng, and Bronkhorstpruit, which lies on the border of neighbouring Mpumalanga province.

It is not yet known what the cause of the accident was, but pictures show the minibus entirely burnt out.

In a statement, emergency medical service ER24 described arriving at the scene, where fire-fighters were tackling the flames.

A number of children had already been pulled out by "members of the community", the statement said.