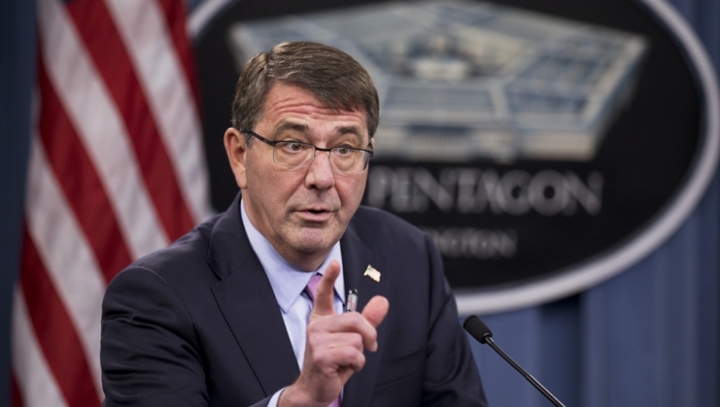 He did not elaborate on what Russia might be attempting to do or whether he was referring to hacking attacks on Democratic Party organizations in the run-up to the U.S. election on Nov. 8, some of which officials and cyber security experts have blamed on hackers working for Russia's government.

The Kremlin has denied involvement in the hacks.

"We don't seek an enemy in Russia. But make no mistake – we will defend our allies, the principled international order, and the positive future it affords all of us," Carter said in an address to students at Oxford University.

"We will counter attempts to undermine our collective security. And we will not ignore attempts to interfere with our democratic processes."

Managing the relationship with Russia diplomatically is also critical as U.S. Secretary of State John Kerry tries to work with Moscow to put an end to the Syrian civil war.

Carter sounded a pessimistic tone on diplomatic efforts between the two to try to agree a ceasefire and nudge the Syrian government toward a political transition to end the conflict.