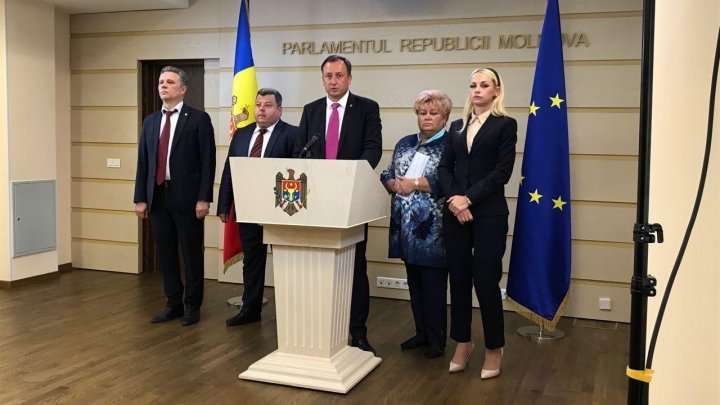 Deputies of Sor parliamentary faction decide to boycott the parliament meeting when the acting general prosecutor Dumitru Robu comes and demands to cancel the immunity of Marina Tauber and Reghina Apostolova. Deputy Denis Ulanov announces this in a press conference.

"The President openly indicated who and where this person will come. They are going to cancel the parliamentary immunity of two women they're afraid. We know that they exercise their power to fight against women.

It's a personal revenge. We're not frightened if they cancel the immunity. We don't think that we're responsible for remaining in this meeting. We will boycott it as a sign of protest", said Ulanov.