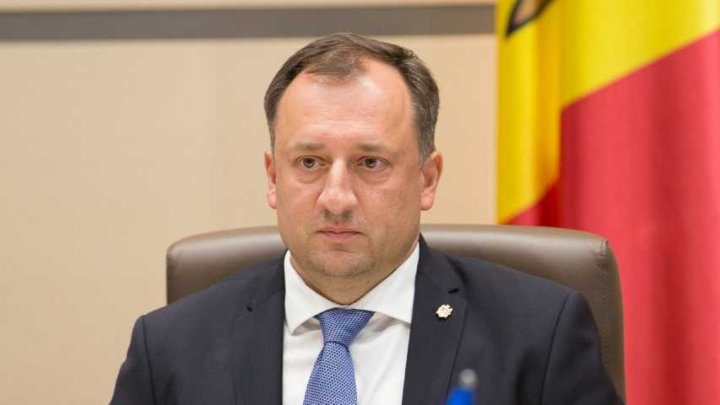 The so-called justice reform announced by the ruling coalition is only a bluff, in fact it is trying to take control of the judiciary and the prosecution, ȘOR deputy Denis Ulanov commented.

Ulanov pointed out that like other draft laws promoted by the Moldovan current government, it was elaborated in haste and in violation of legal procedures. This confirmed the intention of governing alliance to take over the future general prosecutor.

"It's clear that this is a fierce battle between Dodon and Sandu for this position. The justice reform they announced is just a bluff. It's the division of position", the deputy mentioned.

Moreover, he criticized the intention to offer the Justice Ministry "important words" in the procedure to select future general prosecutor. It represents a serious violation of the principles of independent justice and contravenes the Constitution.

Denis Ulanov announced that the ȘOR faction elaborated another project to modify the procedure of election of the general prosecutor, namely directly by the people, which will ensure its real independence.

He called on the government to postpone discussions on the project developed by the Ministry of Justice and to hold public debates on the document elaborated and proposed by the faction of the Political Party ȘOR.

Party ȘOR recently proposed another important initiative supported by the citizens - the annulment of parliamentary immunity of the deputies. The faction addressed all the colleagues to sign it, MPs did not respond to this request, even though in the electoral campaign they declared that the parliamentary immunity should be canceled.