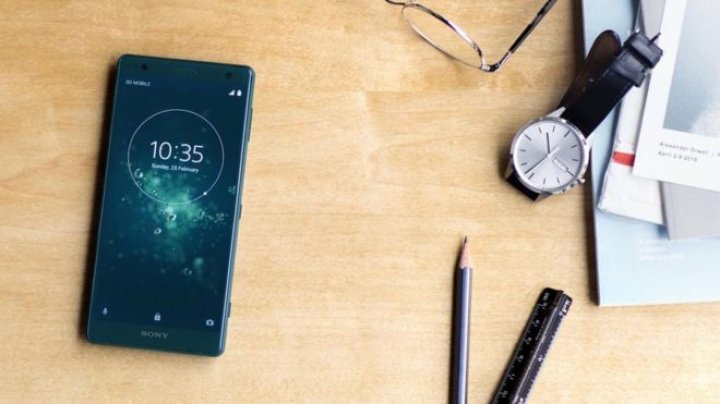 It also records "super-slow-mo" videos at a higher resolution than Samsung's Galaxy S9.

Sony has, however, pioneered other phone innovations in the past - including a 4K screen and waterproofing - only to see its sales still struggle.

In 2017, it was only ranked the 15th best-selling smartphone manufacturer, according to research firm IDC, with a 0.94% share of the market.

"It is very frustrating when we bring something out to the market first, and maybe the competition comes a year later and does kind of the same thing and gets more buzz around it," acknowledged Sony's senior manager Adam Marsh.

"We will definitely be improving how we go to market with the product this time to really ensure the consumers understand the experiences that we can offer."

But analysts question both the appeal of the new features and also whether the firm is willing to spend enough to market them.

"The rumble tech is a bit of a gimmick," commented Ben Stanton from the consultancy Canalys.

"I've tried it. It does make gaming more immersive, but I don't think it works very well in a video context.

CCS Insight's Ben Wood added that he thought the phone's new industrial design was a major improvement on the past, but that he also had doubts about the new flagship's prospects.

"Success often comes down to marketing dollars and brand," he said.

"Taking on Apple and Samsung requires eye-watering investment that Sony is always going to struggle with."