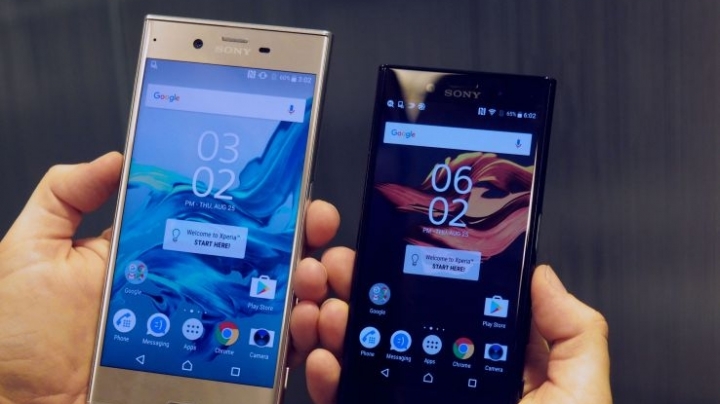 Sony knows from phone cameras. After all, it’s the company’s companents that fuels the competition’s hardware. As such, it makes sense that it’s opted to focus on the feature for a pair of new additions to its Xperia X line, the flagship 5.2-inch XZ and 4.2-inch Compact, techcrunch reports.

The company has moved to what it’s called triple image sensing technology, built around its Exmore RS sensor, combined with Predictive Hybrid AF for moving objects and Laser AF, which should help get good shots in low light. The RGBC-IR (red, green, blue , clear and infrared) sensor, meanwhile, helps auto-correct white balance based on the color of the light source.

Sony’s made a clear point here not to lead with megapixel count – often the first thing out of any manufacturer’s mouth when discussing phone cameras – though there’s an extremely generous 23MP on-board here. The company’s packed in a number of other photo-friendly features as well, including Intelligent Active Mode borrowed its camcorders and five-axis iimage stabilization.

With the XZ, you also get a front facing 13-megapixel camera with a wide angle for some gloriously panoramic selfies. The flagship can also do 4K – one of the key features lacking in the 4.2-inch version.

The design on the devices are pretty slick, and they feel nice in the hand, sporting what the company calls its loop surface, a rounded form factor that brings to mind a lot of what Nokia was offering in the smartphone space back in the day. The XZ is also sports an 1P68 waterproof rating and a Snapdragon 820 inside. Both handsets also sport USB-C ports on the bottom.