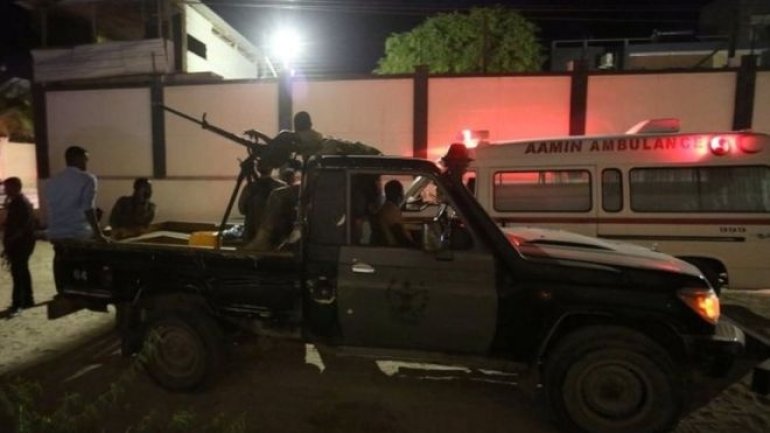 A combined suicide bomb and gun attack at a hotel and restaurant in Somalia's capital, Mogadishu, has killed at least 18 people, according to BBC.

The attack started on Wednesday evening, as Muslims were breaking their daily fast during Ramadan.

A chef at the Pizza House restaurant, a modern venue popular with young Somalis, was among the victims.

Militants from the al-Shabab group held about 20 hostages during a shoot-out with police, which has now ended.

The al-Qaeda affiliated group admitted carrying out the attack early on Thursday.