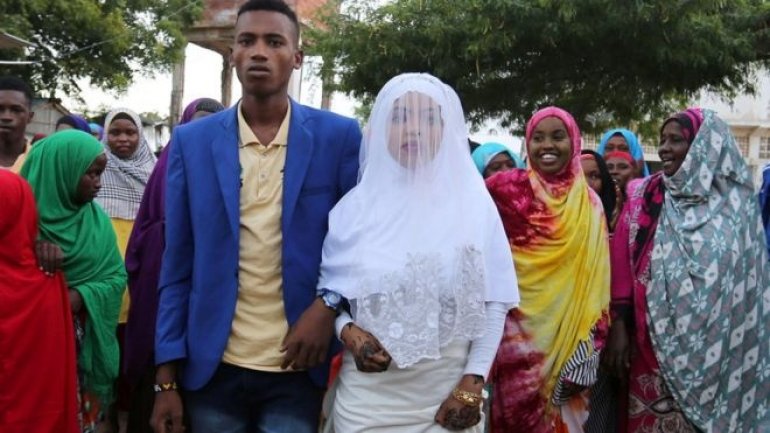 A Somali town has banned lavish weddings to encourage young people to marry and stop them migrating.

Receptions in hotels would no longer be allowed and only three goats could be slaughtered to feed guests, informs BBC.

Spending limits of $600 on furnishings for a couple's new home and up to $150 for the bride price had also been set, Mohamud Hayd Osman said.

It is not unusual for a groom's family to spend about $5,000 on a wedding.

The BBC Somali service's Bashir Mohamed says this amount includes the bride price, wedding reception, outfits and jewellery for the bride as well as new furniture.

The decision to restrict spending on "wild partying" and other expenses had been taken after officials met to find out why 150 children had recently been born out of wedlock in the town.

Traditionally the events around a Somali wedding go on for seven days.