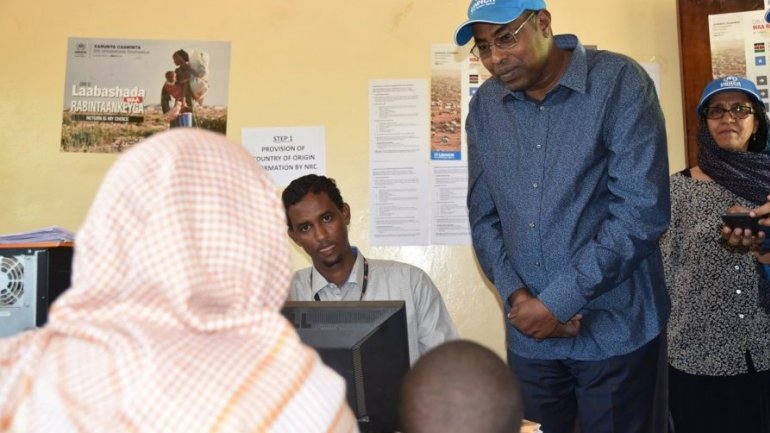 Dozens of Somali refugees in Kenya who were hours from travelling to the United States to start new lives under a longstanding resettlement programme now face repatriation, after Donald Trump’s executive order banned migrants from seven Muslim-majority countries for three months.

About 100 refugees who had expected to travel to the US before the end of the week are currently staying in a transit camp in Nairobi, informs The Guardian.

They are among approximately 3,000 refugees scheduled to be resettled in the US from camps in northern Kenya, the majority from Dadaab, a sprawling tent city where an estimated 300,000 Somalis live.

There are now fears that even those cleared for a new life in the US may face a return to Somalia, a war-torn country where Islamist militants have launched attacks on a multinational military force trying to bring stability and international agencies have warned of famine.

Kenyan authorities have pledged to shut the Dadaab camp and send its inhabitants back to Somalia as soon as May, only weeks after the temporary ban imposed by Trump’s executive order expires.

Representatives from UN agencies in the Kenyan capital are scheduled to meet local government officials on Tuesday in an attempt to resolve the problem, and aid agencies are organizing counselling for distraught families.

As many as 10,000 Somalis currently residing all over Africa were to be resettled in the US this year, according to the US State Department. The total was a slight increase on the previous year. Almost all are Muslim.

In Somalia there was anger and confusion, with many unclear about the exact details of the new measure.

There are thought to be a dozen Somali parliamentarians with dual nationality – mostly Somali-European – and who have families in the US.

Sudan was also named in Trump’s order. On Sunday the Sudanese foreign ministry summoned the US chargé d’affaires in Khartoum to protest against the measure.