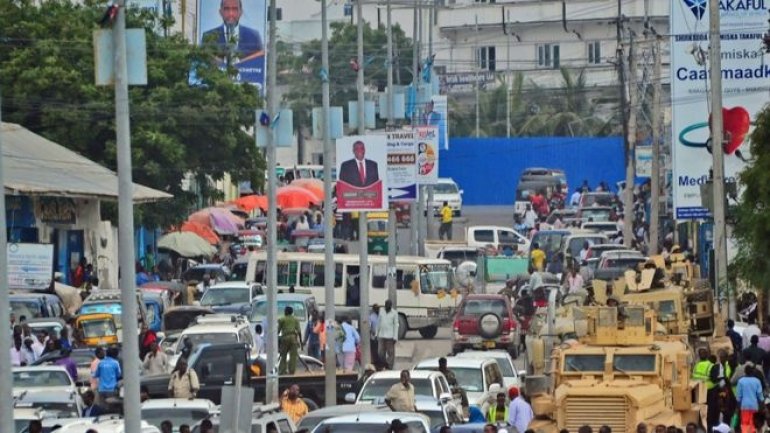 A traffic ban has been imposed and major roads sealed off in the Somali capital, Mogadishu, ahead of Wednesday's presidential election, BBC reports.

Correspondents said most schools and offices remained open but people had had to walk to reach their destination.

MPs will gather at the airport on Wednesday to elect a new head of state.

There have been fears that militant Islamist group al-Shabab, which has carried out many attacks in Mogadishu, may try to disrupt the election.

The airport is viewed as the most secure site in the Somali capital and voting was moved there from a police academy because of growing security concerns.

Wednesday's security measures will include a ban on flights to and from Mogadishu airport.