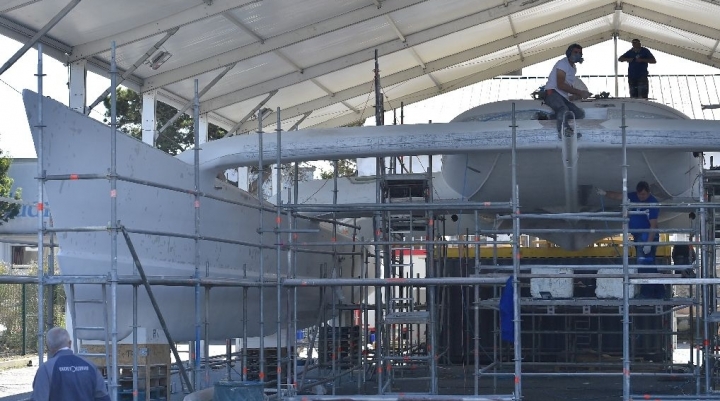 Dubbed the "Solar Impulse of the Seas," the first boat to be powered solely by renewable energies and hydrogen hopes to make its own historic trip around the world.

A water-borne answer to the Solar Impulse -- the plane that completed its round-the-globe trip using only solar energy in July -- the Energy Observer will be powered by the Sun, the wind and self-generated hydrogen when it sets sail in February as scheduled.

The multi-hulled catamaran is in a shipyard at Saint-Malo on France's west coast, awaiting the installation of solar panels, wind turbines and electrolysis equipment, which breaks down water to produce its component elements, hydrogen and oxygen.

"We are going to be the first boat with an autonomous means of producing hydrogen," says Frenchman Victorien Erussard, who is behind the project -- confidential until now -- with compatriot Jacques Delafosse, a documentary filmmaker and professional scuba diver.