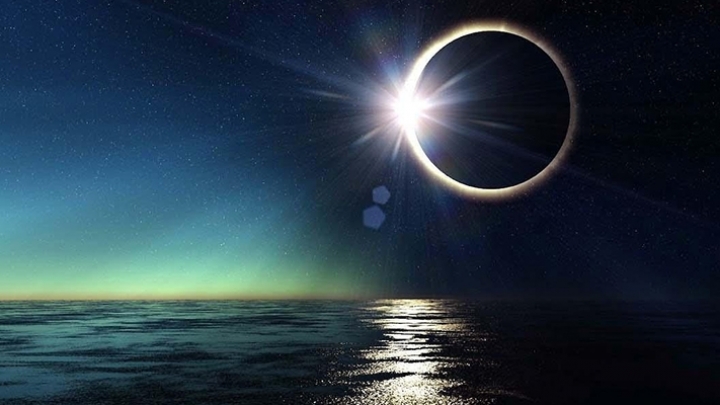 It was the first major solar eclipse to sweep across northern Europe for six years, bringing almost total darkness to many areas.

But along with the eerie drop in sunlight as the moon moved across the face of the sun, many people reported experiencing strange changes in the weather.

Now a series of special scientific reports have shown that these effects were far from imagined - and prove for the first time that solar eclipses can lead to changes in the weather.

Using data from several networks of sensors, weather stations, satellites, weather balloons and members of the public, scientists have found the solar eclipse on 20 March last year led to changes in the wind.

They temperatures across the UK, where the study was conducted and between 85 per cent and 97 per cent of the sun was obscured, dropped by an average of 1.5°F (0.83°C).

In some places temperatures dropped by as much as five or six degrees.
Wind speeds fell by up to 2.3 mph (2 knots) while in areas with clear skies it changed direction by as much as 20 degrees.

The researchers are now hoping to use another solar eclipse, due to sweep across highly populated areas of the US in exactly a year’s time, to study the effects on the weather further.