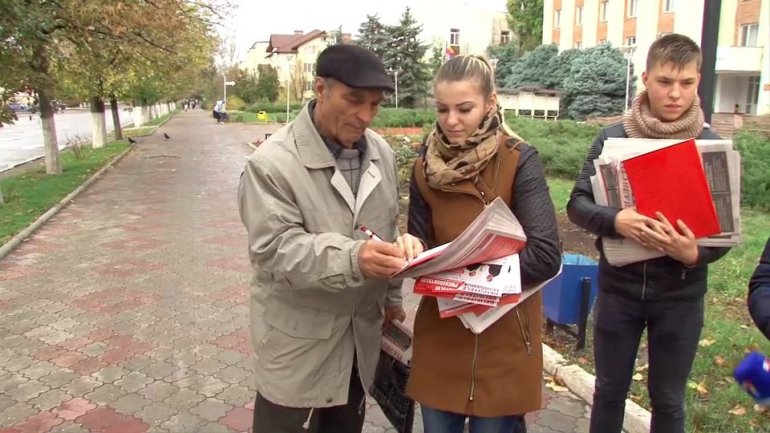 Socialist Party has begun collecting signatures to transform the republic into a presidential one. It wishes to gain the support of 70% of the population who has the right to vote.

People who have already signed believe it will benefit the country.

Some where even ready to sign without knowing why they are doing it.

"-Why have you agreed to sign without even known for what? -I have simply seen that it was the Socialist Party."

Many were displeased by this initiative.

Socialists from Anenii Noi wish to collect around 30 thousand signatures in four months.

"Starting with Anenii Noi we will move to other regions. We will walk from house to house and discuss with citizens, to know they opinion", president of PSRM from Anenii Noi, Ion Vicol said.