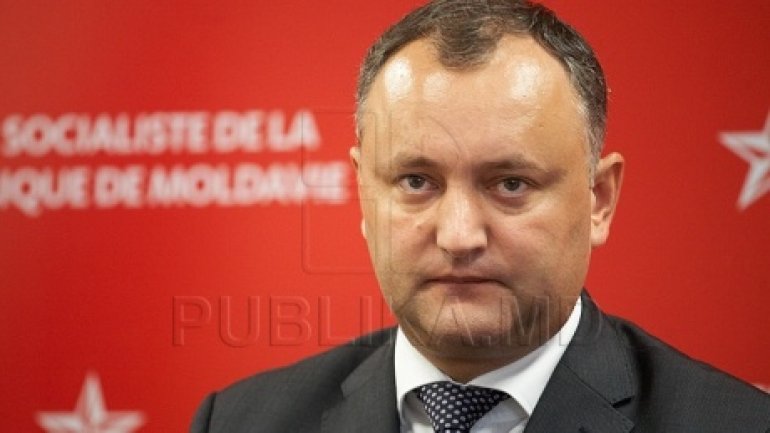 Igor Dodon seeks the support of the left parties to secure a win in the runoff of the presidential race.

The PSRM leader has called on the Communists’ leader Vladimir Voronin and on the Partidul Nostru Party’s leader Renato Usatîi, asking them to help him win.

The Socialist presidential runner considers he has recorded a good vote in the first round and shows himself confident he will garner 60% of votes in the runoff, provided he has the backing of the left parties.

Renato Usatîi’s party’s candidate, Dumitru Ciubașenco, gained over 6% in the suffrage, as the PCRM (Communists) called on supporters to boycott the ballot.