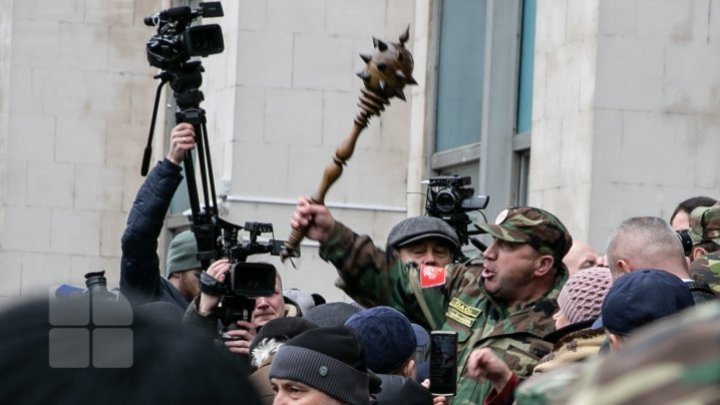 Sor and Plahotniuc along with new parliamentary group PRO MOLDOVA were behind the protests of Nistru war veterans on Monday, according to Socialist MP Grigore Novac. He said MP Grigore Repesciuc was the one who organized to transport the combatants from Causeni.

Verifying information, Novac said Repesciuc offered the veterans free transports and instructed them how to protest.

Grigore Repesciuc, the member of PRO MOLDOVA, denied the accusations.

"I have no financial resources to do such a thing. They organized and prepared their food. I am also the same veteran. We fought for the country since 1992, we protected the country".

"It was organized by the two fugitives. It's nothing new. We know them", Novac declared.

Nether could we contact representatives of the Sor Party.

On a Facebook post, President Igor Dodon wrote that certain political forces were responsible for the protests. Accordingly, it was said that the protesters were instructed how to manifest by the same people who used them in PDM's anti-opposition protests.