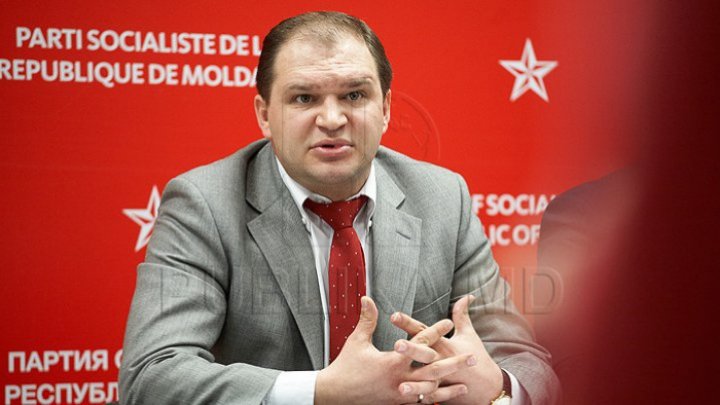 The Party of Socialists in Moldova could use the image of some politicians from Russia at the next Parliamentary elections, if the court decides that the elected mayor Andrei Năstase did not violate the legislation during the electoral campaign, when he benefited from the open support of foreign politicians. It is the announcement made by Ion Ceban, the former Socialist candidate in the capital's elections.

Ceban brought some examples when politicians from Romania and the EU showed their support for Năstase's candidacy, some of them making statements on the day of the poll, which is forbidden by legislation.

"If the court will declare that the direct support of foreign politicians, that Năstase benefited from is not a breach then this is a precedent for us. Secondly, if the court will decide that it was a breach, but not an enough grave one to sanction Năstase, it will also be a precedent for us and we will see our next move. If something else will also happen, then we must also first see the court's decision" deputy Ion Ceban said.

PSRM filed a lawsuit claiming several violations committed both by Andrei Năstase and the PPPDA representatives. So far, two court meetings to decide the validation of the elections were postponed. The first did not happen due to two complaints filed with the CSJ by the socialists about electoral illegalities, as well as because of the lack of documents from the first round of local elections. On Monday, a meeting was held, which was postponed after the members of the Electoral Council of Chisinau requested the judge's appeal.

A new hearing about the Mayor's term of office takes place today. On June 3, the second round of new local elections took place in the capital.